An electric gyroscope winds up to its maximum rpm, and with its rotor whirring, slowly winds down. A drawing device, made up of a free swinging metal batten attached to a spindle that holds graphite, is spun as fast as it can be made to go. The sound of the graphite moving in a spiraling pattern is amplified against the resonating surface of the wall. From a pre-recorded tape, a narrative describes how control was lost while landing an airplane in strong crosswinds, and how an effective recovery was due more to luck than to skill and experience. As the narrative finishes, the gyroscope winds down to a halt, and the rotating batten slowly stops.

I took the airplane out this day for what I had hoped would be a quick and uneventful flight, something I could use to build my familiarity and confidence in flying this type of aircraft. It was a considerably faster and more complex machine to handle than I had ever flown before. This was the first time that I was solo pilot-in-command of a plane that had a constant speed variable pitch propeller and turbocharging. There was a real danger in overboosting the manifold pressure and blowing the heads off the engine if the throttle wasn’t monitored closely. This was quite a change from the other planes I was accustomed to flying. The heat management for an engine that was turbocharged and fuel-injected was critical, and required that descents be well planned. This meant keeping a close watch on the exhaust gas temperature gauge on approach to entering the landing pattern. Managing the plane in flight and landing it demanded a high degree of skill, concentration and attention to detail. When it was done right it appeared effortless and graceful, but trying to do it for the first couple of times was another story altogether.

It was early afternoon when I took off. I figured I would try some touch and go crosswind landings. When I had done them the previous day at this airport with a flight instructor, I had no problems, and despite his warning that the afternoon crosswinds could get nasty I felt pretty good about trying it again. But there was still this sense of uncertainty in the back of my mind whether or not I could handle the plane. When I was getting close to my destination, I radioed the airport to get the necessary information for landing. The airport has four commercial radio towers very close to the downwind leg of the landing pattern. With a strong crosswind, if you don’t set up a wind correction angle of 15 degrees or so, you could end up on top of the towers in no time. I had my eye on the towers and on a plane that just took off as I entered the pattern from the forty-five. I was well into the downwind leg of the pattern when I brought in one notch of flaps and began to go through my pre-landing checklist. My final approach looked good, I had 40 degrees of flaps in, and I felt that I had things under control as I descended to land. As I cleared the hills that were in front of the runaway, I felt the first trace of a strong gusting crosswind hit the plane. I corrected for it by slipping the plane, a maneuver that kept the wind from getting under the wing and flipping the airplane over. I was losing altitude rapidly and my airspeed was a little too fast, as the plane crossed the threshold and went into ground effect. I pulled the nose up for the flareout and a full stall landing. I could feel the squirreling winds buffet the plane. Suddenly, a gust got under me, and up came the wing. I touched down hard on the downwind main and front nose wheel. I applied full aileron correction into the wind, but didn’t compensate for it with opposite rudder, and the plane started to skid like a car at high speed going around a sharp corner on two wheels. I was confused. What I thought should have leveled the wings didn’t work. In fact it made it worse. I neutralized the controls and stunned for a moment, froze. The wind was in control as the plane drifted off to the edge of the runaway. The downwind wing tip was so low I thought it was going to clip a runway light and spin the plane around. Briefly, the wing came down. Then another gust must have caught it again and it went up and stayed up. I was going over and there was nothing I could do. For that instant I felt helpless: the plane was in the hands of the wind. Then for a moment the crosswind dissipated, the wing came down, and all three wheels were on the ground. All at once I was in familiar territory. The plane was slowing up; I could handle it. I snapped the yoke all the way to the windward side, which turned the ailerons into the wind, and the plane stabilized on the ground. Simultaneously, I applied the brakes as I saw the end of the runaway coming up. I turned off on the last taxiway before the end of the runaway and headed back to the take-off area. I made it. I lucked out. Where the flying had called for a series of fine adjustments, inexperience had outweighted artfulness, and a delicate balance had fallen in my favor. (Alpert 1981) 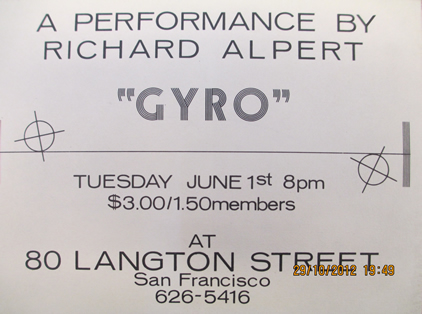